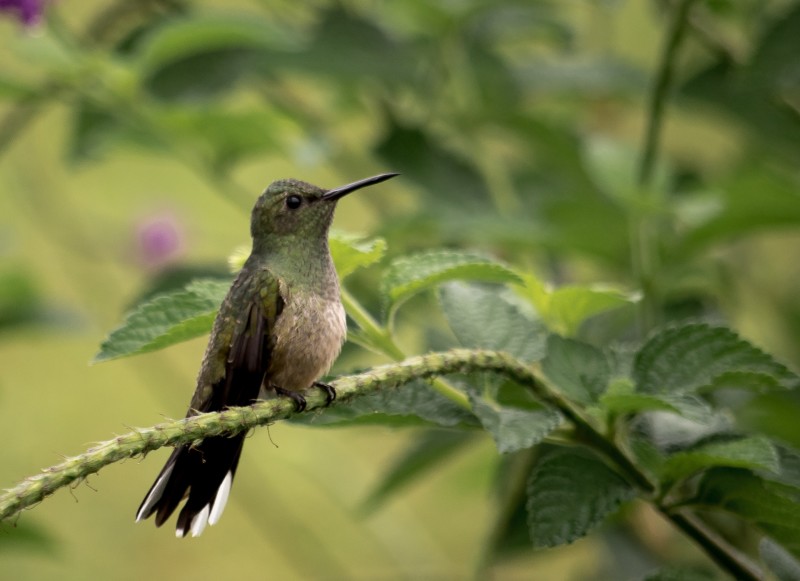 I had always wanted to capture a humming bird cause I believe that, one, they are the most difficult things to capture and two they are just so beautiful. I finally had my wish fulfilled at a hotel in Arenal, Costa Rica where in their huge garden there were a bunch of humming birds flying around. I got plenty of shots but most of them turned out to be blurry because its very difficult to shoot them as they keep flying around. Thankfully the few shots that weren't blurry turned out to be really good. Here's one of them.
Fun Fact: A humming birds heart beats at about 1200 beats per minute